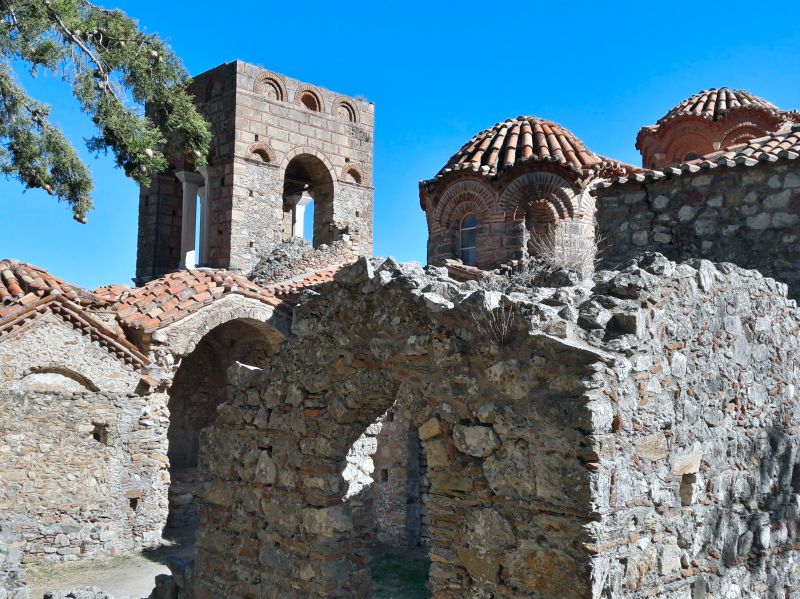 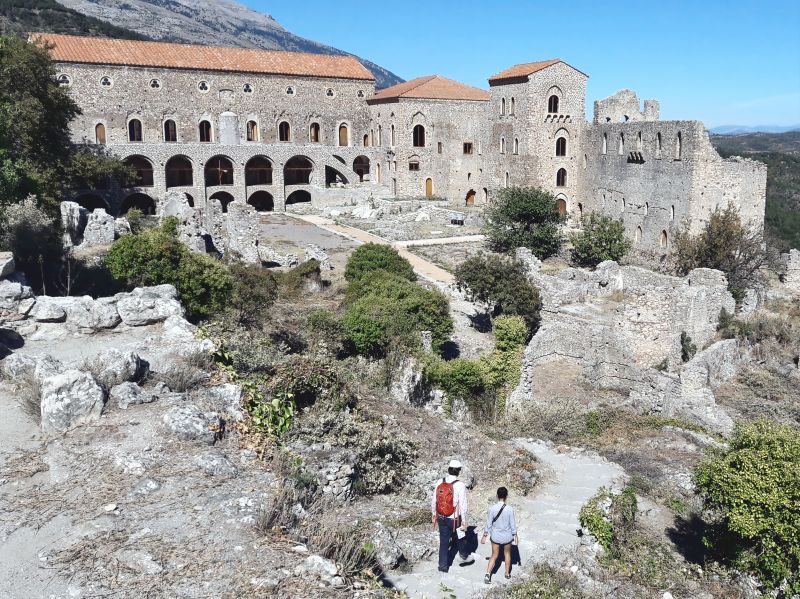 Built in 1249 by the William II of Vilehardouin, this strong fortress was meant to play an important role in the history of the Byzantine Empire during its final centuries. Set atop a naturally-fortified hill, the kastropolitia (fortress-state) of Mystras was filled with houses, mansions, churches, palaces and monasteries. It reached its peak as a cultural center closely connected with Constantinople under the rule of the Katakouzenoi and the Palaiologans, who were members of the imperial family. For a little bit over a century (1348-1460) the arts and letters were cultivated by important men of intellect, who would play a significant role in the growth of humanistic studies and the evolution of artistic trends in 15th century Europe.