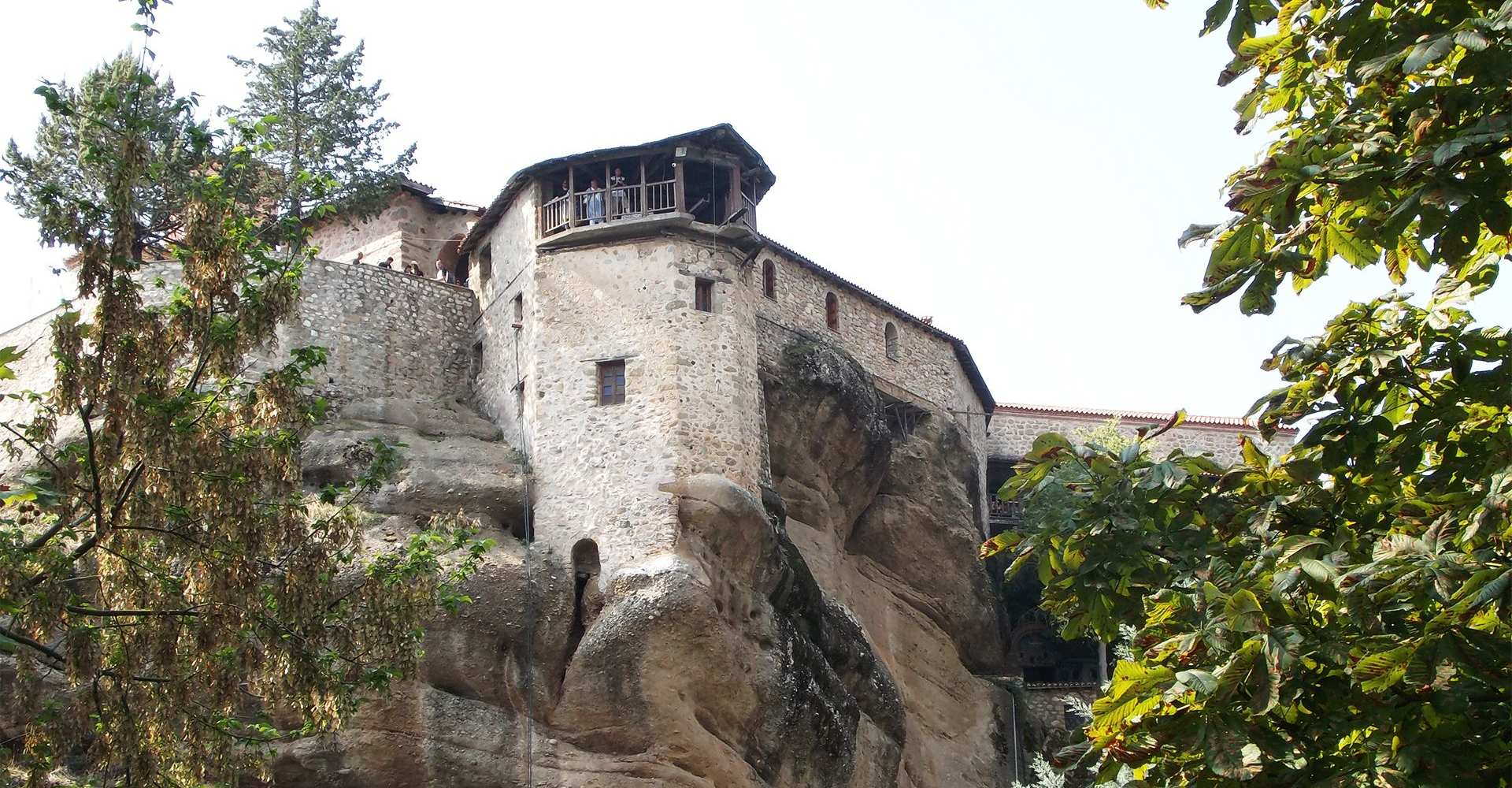 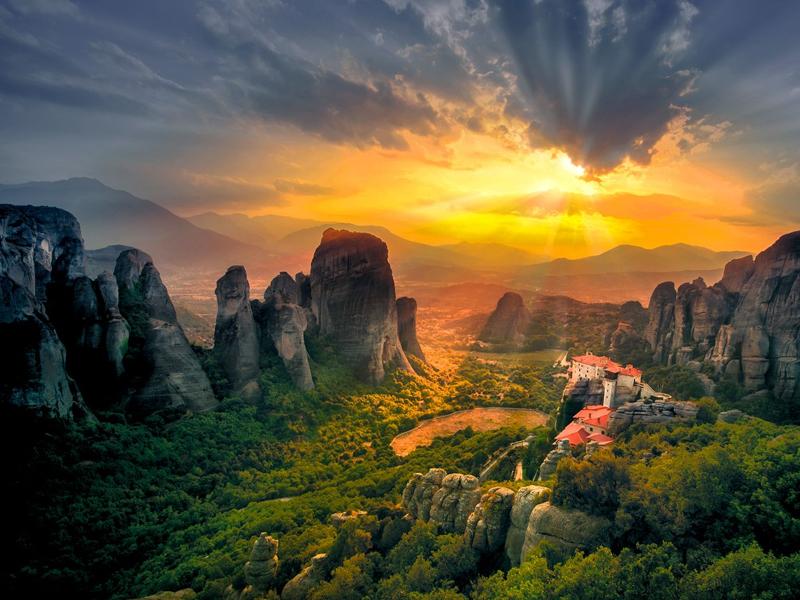 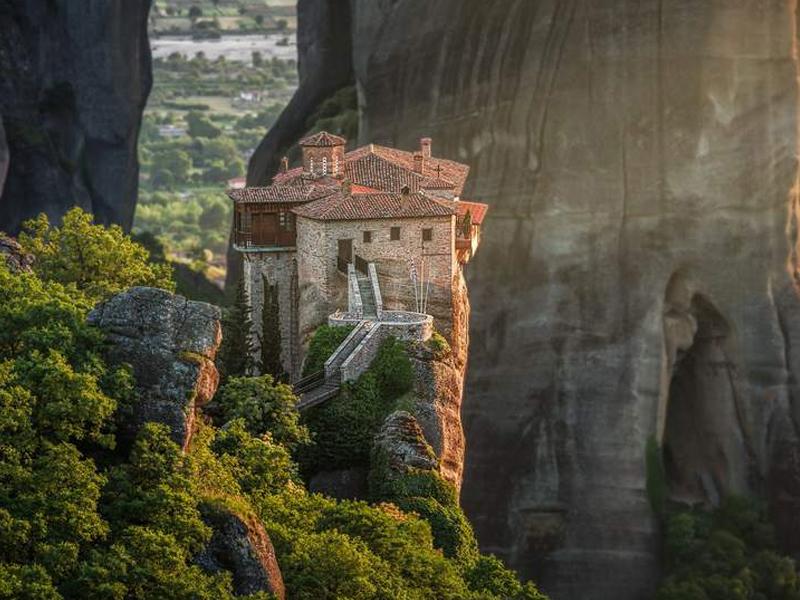 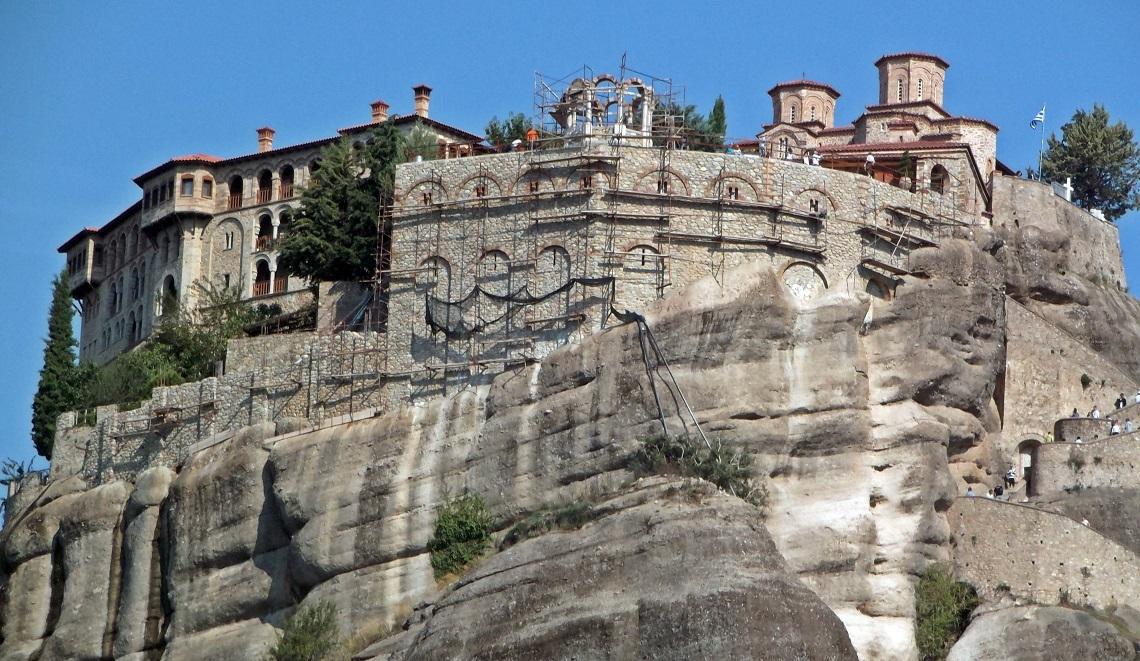 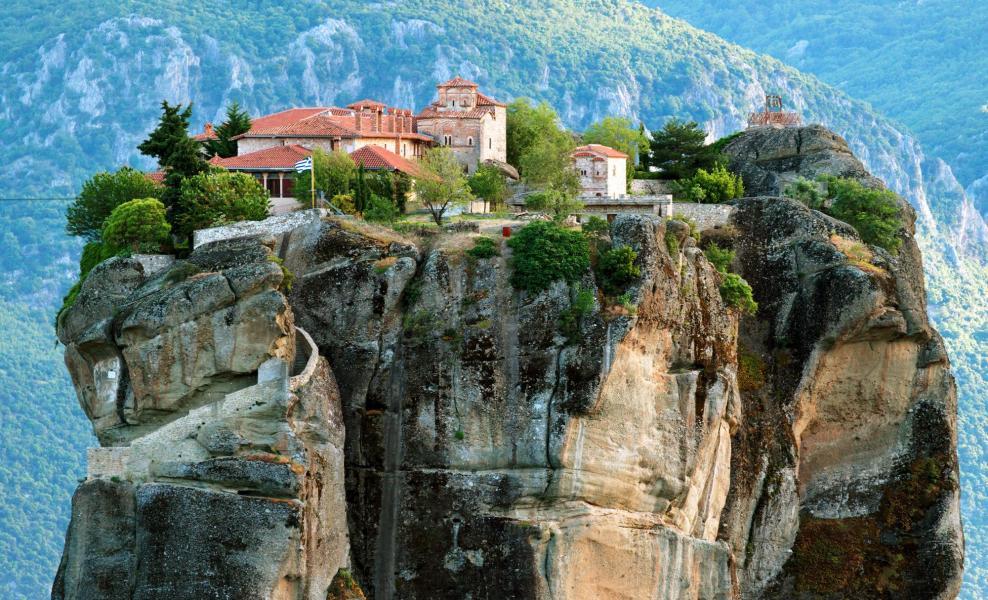 Kalambaka is the gateway to the UNESCO World Heritage site of Meteora, an impressive field of rock formations whose name literally translates to “hovering”.

Once remote and almost inaccessible, they offered the perfect location for the development of the second biggest monastic community in Greece. Today there are still six Eastern Orthodox Christian monasteries in operation, nested on top of the rocks since Byzantine times. A paved road slithers among the rocks, allowing us to visit safely and effortlessly the Meteora Monasteries after just a few minutes’ drive from Kalampaka.

Be it for its majestic, unspoiled nature, or the spiritual treat of what is considered to be the second most important group of Orthodox monasteries after Mount Athos, Meteora is also renowned as a climbing hotspot, offering an endless field of natural rock formations with varying degrees of difficulty.